This is a time to renew thought of the old ways and to preserve a rich heritage. There are several different stories of how the Pow Wow was started. Some believe that the War Dance Societies of the Ponca and other Southern Plains Tribes were the origin of the Pow Wow.

Another belief is that when the Native American tribes were forced onto reservations, the government also forced them to have dances for the public to come and see. Before each dance they were lead through the town in a parade, which is the beginning of the Grand Entry. 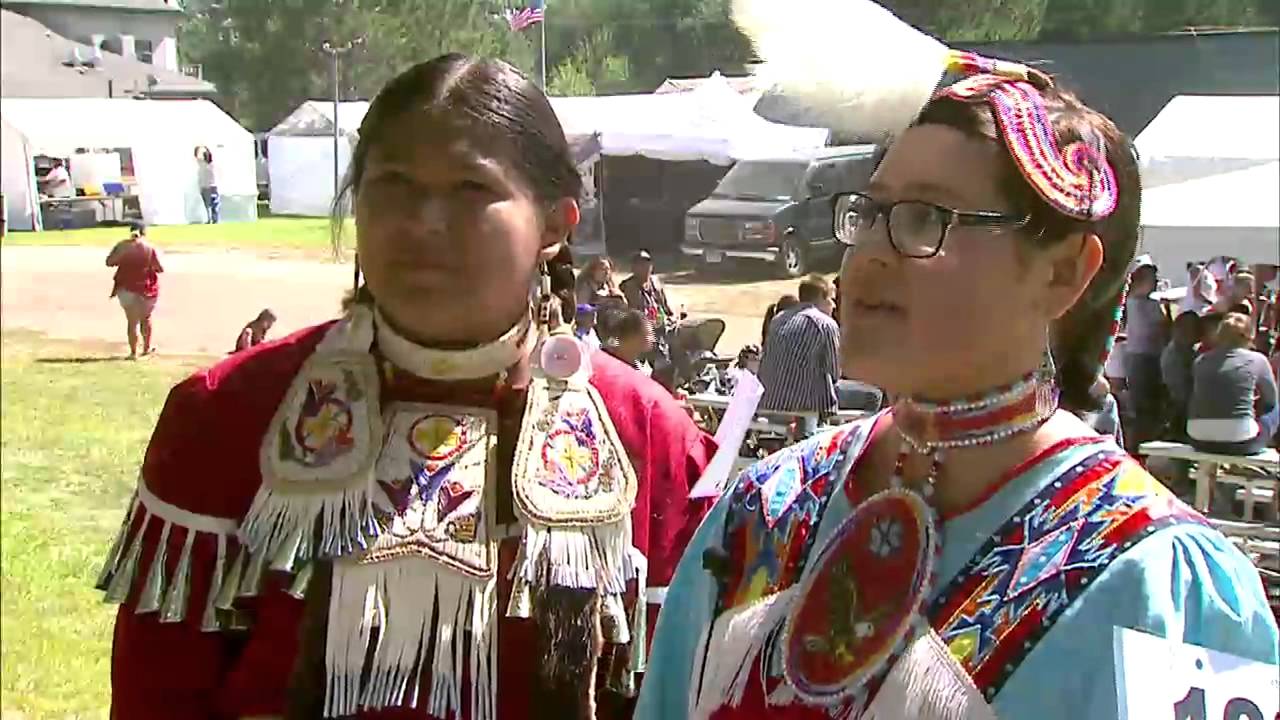 Pow Wow singers are very important figures in the Native American culture; without them there would be no dancing. The songs are of many varieties, from religious to war to social.

As various Tribes gathered together, they would share their songs, often changing the songs so singers of different Tribes could join. With these changes came the use of “vocables” to replace the words of the old songs. Thus, some songs today are sung in “vocables” with no words.

Yet they still hold special meaning to those who know the song. Many songs are still sung in Native American Languages either newly composed or revivals of old songs. These songs are reminders to the Indian people of their old ways and rich heritage.

Dances have always been a very important part of the life of the American Indian. Most dances seen at Pow Wows today are social dances which might have had different meanings in earlier days. Although dance styles and content have changed, their meaning and importance has not. The outfits worn by the dancers, like the styles of clothing today evolve over time, it is not a stagnant culture, but a vibrant and changing way of life.

Pow Wows are organized by committees that work for weeks before the event. At the Pow Wow, the Emcee runs the events. The Emcee works with the Arena Director to keep the Pow Wow organized and running smoothly. These two individuals along with the committee work hard to bring the people together to dance and fellowship together in the circle.

The Pow Wow begins with the Grand Entry. This is the entry of all the people entering the arena. This originally was a parade through the town the Pow Wow was in. Even today in some Pow Wows, these parades are still held. During the Grand Entry, everyone is asked to stand as the flags are brought into the arena. The flags carried generally include the US Flag, Tribal Flags, the POW Flag, and Eagle Staffs of various Native Nations present. These are usually carried by Veterans. Native Americans hold the US Flag in an honored position despite the horrible treatment received from this country. The flag has a dual meaning. First it is a way to remember all of the ancestors that fought against this country. It is also the symbol of the United States which Native Americans are now a part. The flag also reminds people of those who have fought for this country.

Following the Veterans are other important guests of the Pow Wow including Tribal Chiefs, Princesses, Elders, and Pow Wow organizers. Next are the men dancers. The men are followed by the women dancers. Once everyone is in the arena, the song ends, and a song is sung to honor the flags and Vhe veterans. After a prayer, the dancing resumes, usually with a few round dances. After the round dances, inter-tribal dancing songs are sung and everyone dances to the beat of the drum.